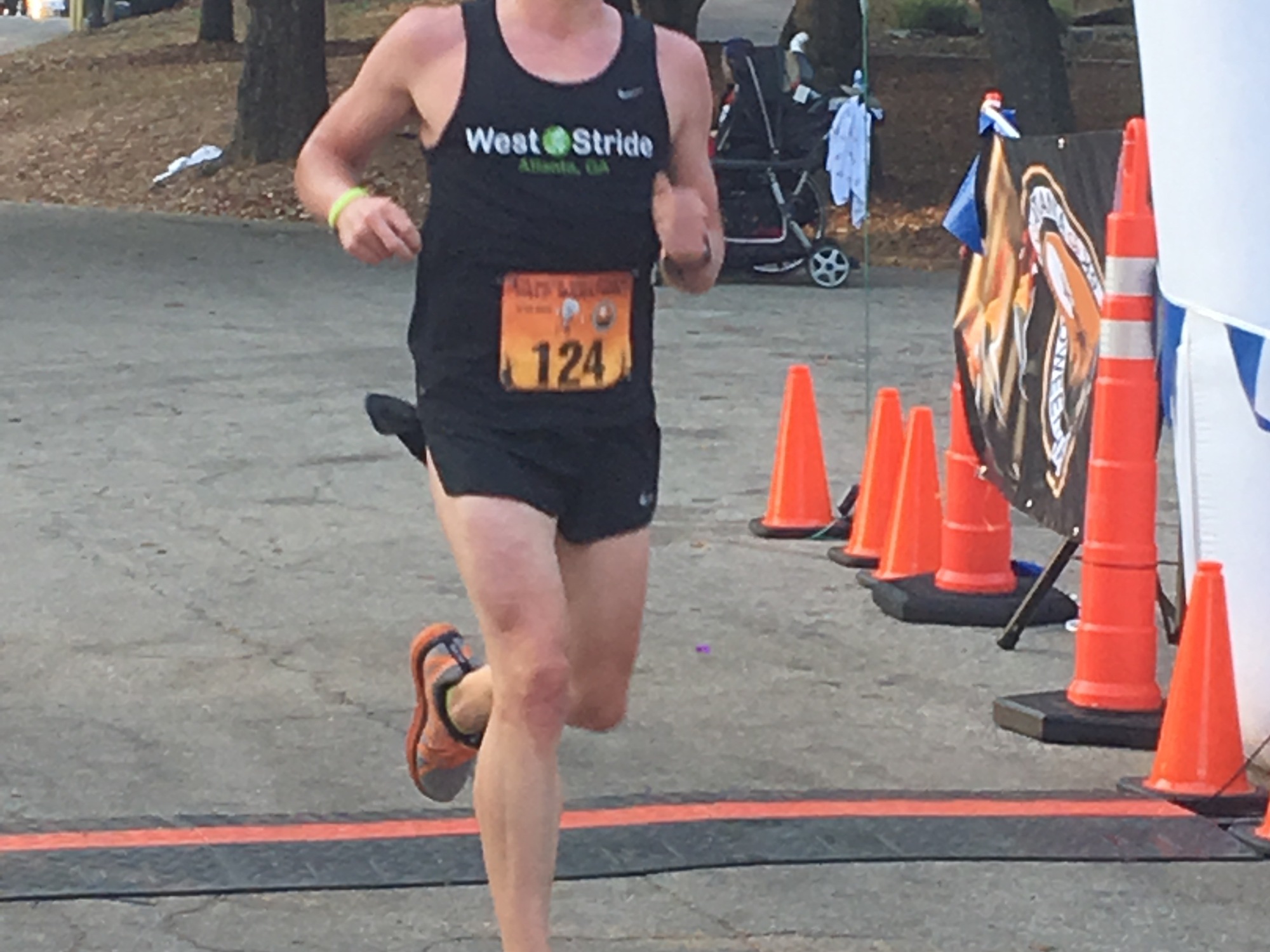 I wasn’t going to write a race report for this, but I’m bored on the job site and the concrete guys don’t get here till 10 am.

The weather was great for this, which was awesome because had it rained I probably wouldn’t have got out of bed. I could have parked closer than I did, but I had no idea how many people were going to be there and we were running late. Also – free street parking in Atlanta on Sunday’s (GFY Park Atlanta).

It’s truly amazing how much can change in a month. After Ironman Maryland the train completely derailed; I ended up letting myself go faster than Chevy Chase. Oh man…the food I consumed on a daily basis was not good training fuel. So much ice cream and beer – not together obviously. I kept getting caught eating ice cream outside of designated ice cream eating times (I’m lazy, I leave the spoon in the sink instead of putting it in the dishwasher). I think I only had 24 hours of training in the month October and none of it had been intense outside of the ride at the Gaps, but I thought I was going to be fine…just considered it an extended taper.

Other than being hilly, the course isn’t horrible. The first 10k is the worst part, then it flattens out followed by the descent on the BeltLine at the end. People were already tailgating for the 4:25 Falcons game at 7:45 am when we ran past the Dome (I didn’t think they had any fans that cared that much).

I somehow PR’d with a 1:32:35, but that’s when I found out how out of shape I had become. I drove home the night after IMMD and after I finished this I could barely walk. I was told, “You can run to the car to get your hoodie if you’re cold.” I wasn’t running anywhere. My quads were on fire for the next few days…still kind of are. I’d probably do it again, it came with a pretty cool medal.

One thought on “Race Report: 2016 Atlanta Halloween Half Marathon ”