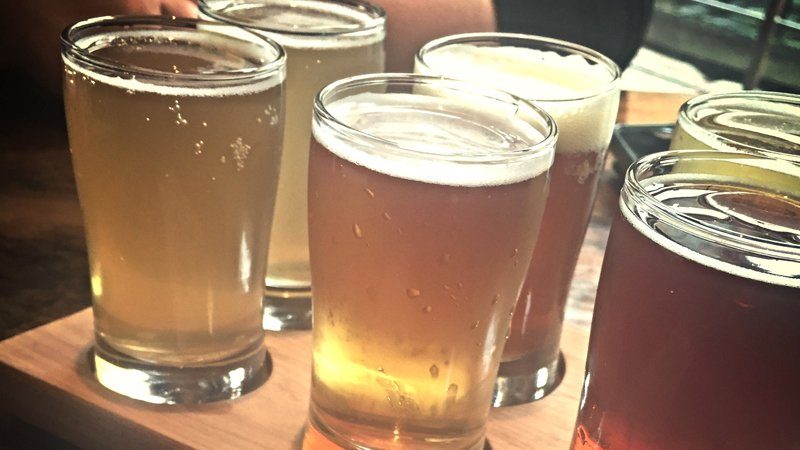 Today I’m going to go in on the discussion of drinking and triathlons, and I’ll start this off right away saying…I don’t think there’s a right answer or wrong answer for what you should do here.

First of all, my name is Eric and I’m an alcoholic. I did a lot of excessive drinking for a long time (it was worse post-TBI). have only done one triathlon sober and it was Challenge Miami. Having only one triathlon completed while stone cold sober isn’t a good litmus test, in fact anyone who works in any kind of research would tell you that with a sample size of one you don’t have a research study, that’s a case study.

Okay so what about the other like 25 triathlons I did? Again I’m an alcoholic with brain damage and poor memory, but to the best of my recollection I would have to say I drank the day before the race for every single one of them. Sometimes I would drink excessively other times it’d be like a few drinks at whatever local brewery or winery me and Danielle stopped at.

So what do you mean you drank excessively the day before the race? Well, I’d get kind of nervous so to cope I’d drink…and eventually I’d end up drunk. There were times where I would get blackout drunk, that’s how much alcohol I consumed.

I’ll cite an example of probably the most I drank pre-race, it was Rev3 Cedar Point in 2015, which was a small non-branded ironman distance race. It was my first full and I was nervous. I got blackout drunk the night after three bottles of wine before I woke up bright and fuckin early I was still extremely drunk. Okay, so now I start going through the motions of a typical race day. By the time the swim was going to start I was STILL drunk.

Guess what? The choppy surf and cold water of Lake Erie did not sober me up either. When I’d drink the night before and race with a hangover usually it’d fade away once the swim started at the very latest….but this particular race day was far different than all the other ones. It was miserable having to swim like you were being tossed in a washing machine.

I exited the swim still feeling pretty wobbly (second out of the water though by 10 seconds). I was still drunk. By the way I lead for the first 10 miles of the bike. I found myself in the middle of riding 112 miles thinking…”You know if a cop pulled me over right now I’d likely blow above the legal limit to operate a vehicle.” Remember from my accident, bicycles ARE vehicles—cops can and will give you a DUI for riding one drunk if they feel like it. Yeah, I once met a guy in 2008 who did get a DUI on a bicycle.

An Ironman distance race is a long fucking day and here I was at about mile 80 just kind of getting sober but because I was dehydrated from racing I was starting to form a hangover. By the time I pulled into T2 I was praying that drunk me had mercy and slipped a bottle of wine and an opener into my transition bag because I was about to really fucking suffer through a marathon with a splitting head ache. Hair of the dog man, I really wanted to start drinking during the race just to not get the wicked hangover because I would not be able to hydrate enough during the race to prevent it.

I won’t lie…have the urge to do that during a race like that is a pretty good sign you might have an alcohol abuse issue. None of what I did that day was healthy or recommended, and more than likely not legal for a good portion of the race.

That day was not one of the finer moments of my life and by no means am I proud of how things unfolded…there is a “but” coming right here. Given the shape I was in I didn’t do that fucking bad, 10:43 for the race with a sub one hour swim in really shitty swim conditions. Okay, that does sound like I’m slightly proud of it, but I’m not, that’s why I never talk about this race or mention it happens to be my full distance PR. It’s one of two races I didn’t write race reports for l because I didn’t want people to know.

So the question right now is does my alcoholism and still being able to be a functional racer on the day of the event mean anything? Well again, sober sample size of one race, so you can’t draw any conclusions other than I seem to still race pretty well even when I’m hungover or half-in-the-bag from the night before. That’s what’s known in the drinking world as a functional alcoholic.

Everyone has different feelings about this, but I mean I just told you I didn’t do bad racing ⅔ of an IRONMAN with a blood alcohol at least .08 and seemed to do alright, if drinking at a brewery the day before the race in all the towns you visit is what you like to do I would say there’s no reason to stop now…just maybe don’t get loaded?

I’ve been sober since NYE 2019, I have no intentions to going back to drinking because it was a problem for me…however…if sober me is never is faster than drunk me then it’s something I have to live with.

2 thoughts on “Excessive Drinking and Triathlon”