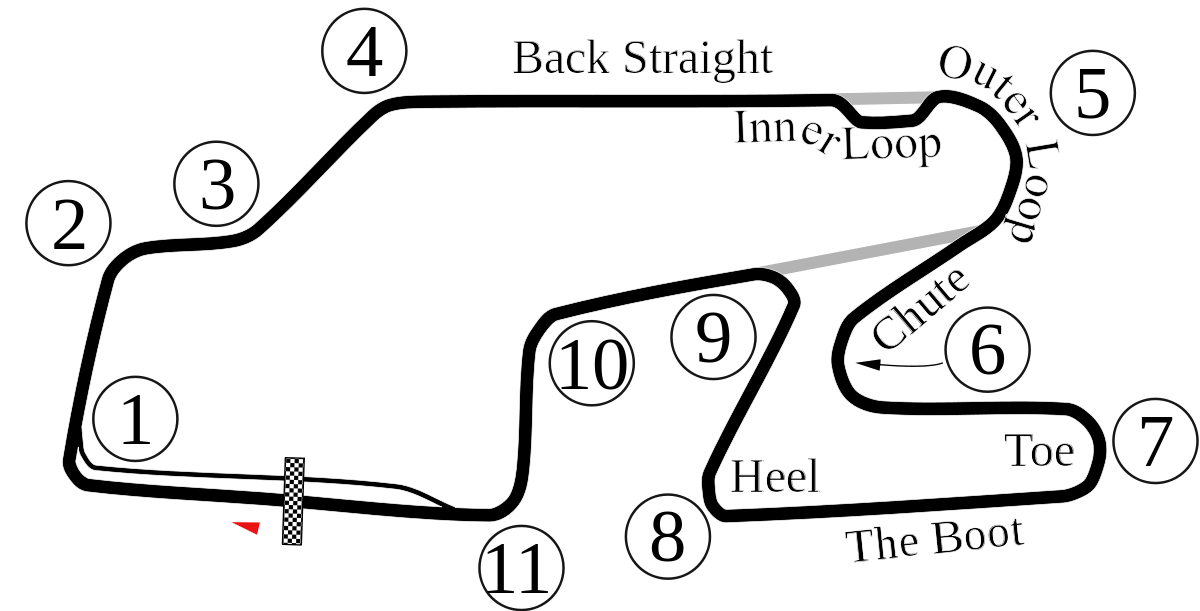 Folks, we have confirmation—Challenge is headed to Watkins Glen International next.

While I was at Challenge Miami I heard from someone that CEO Bill Christy said Challenge is going to the Finger Lakes next. Well I knew the only race track in the area was Watkins Glen. So I asked Bill about it in an interview last week.

Bill said next year they will be going to “The Glen”, but have not decided on a date yet, and that it wasn’t the only place they planned on starting a new race in 2022 but they aren’t ready to announce that yet.

We shot the shit about Watkins Glen for a little. I asked Bill if this was going to be a point to point race as the race track does not have an in track lake like Daytona and Miami. Christy said “Yes, it’ll be a two transition race.” Seneca Lake is roughly two miles from the race track as the crow flies.

I asked Bill where his T1 would be as there were only two visible areas in satellite photos, one being Walmart. Christy said, “So what you don’t see on the map is that they’ve totally redone the park and it’s beautiful. We have a great setup for T1, it’s right next to the water.”

Unlike Daytona and Miami I can tell you that this will not be a flat bike course as wine country is in the foothills. Christy said, “The cycling course will go through beautifully paved roads, through beautiful vineyards and back into the stadium.”

An interesting thing about Watkins Glen is that it’s not an oval track, it’s a road course. That will allow Bill Christy to get pretty liberal with the creativity he applies to his run course. If you thought Miami was convoluted then I can’t imagine what the mad scientist has in store for us.

I asked Bill about IRONMAN 70.3 Musselman being in direct competition and likely the same time of year, and they are on the opposite end of the same lake. Christy said, “A) the south side of the lake is a different geography than the north side… B) We aren’t a ‘rack and race’ product, we’re a family product – we want everybody to have something to do and that’s why we’re different.”

Watkins Glen was on my short list of six potential racetracks I wrote about early last year, but that list was a little bit too short. “Our goal is 15…it’s gonna take us about five years to get there,” said Christy, “We have four on the books next year and four more in the pipe.”

I do plan on going to Watkins Glen next year (and the other race they drop). My parents live in Northeast Ohio so Watkins Glen is only about three hours away. I do like the atmosphere of the new Challenge races, it’s a refreshing change from the overly corporate IRONMAN experience.

I did have a parting question for Bill, I said that “my first full distance race was Challenge Cedar Point in 2015”, but before I could finish Christy interjected — “I’m not that guy, that’s not our company.” Christy said, “Whatever you knew about Challenge Family prior to me taking over…forget it because none of that counts.” I said, “What I wanted to know is if you’ll bring the full distance back?” Christy responded “Boy we are really under a lot of pressure to do that. I think that ‘never say never’. If the consumers are asking for it, and it fits into our family style then yeah we’ll figure out a way to do it.”