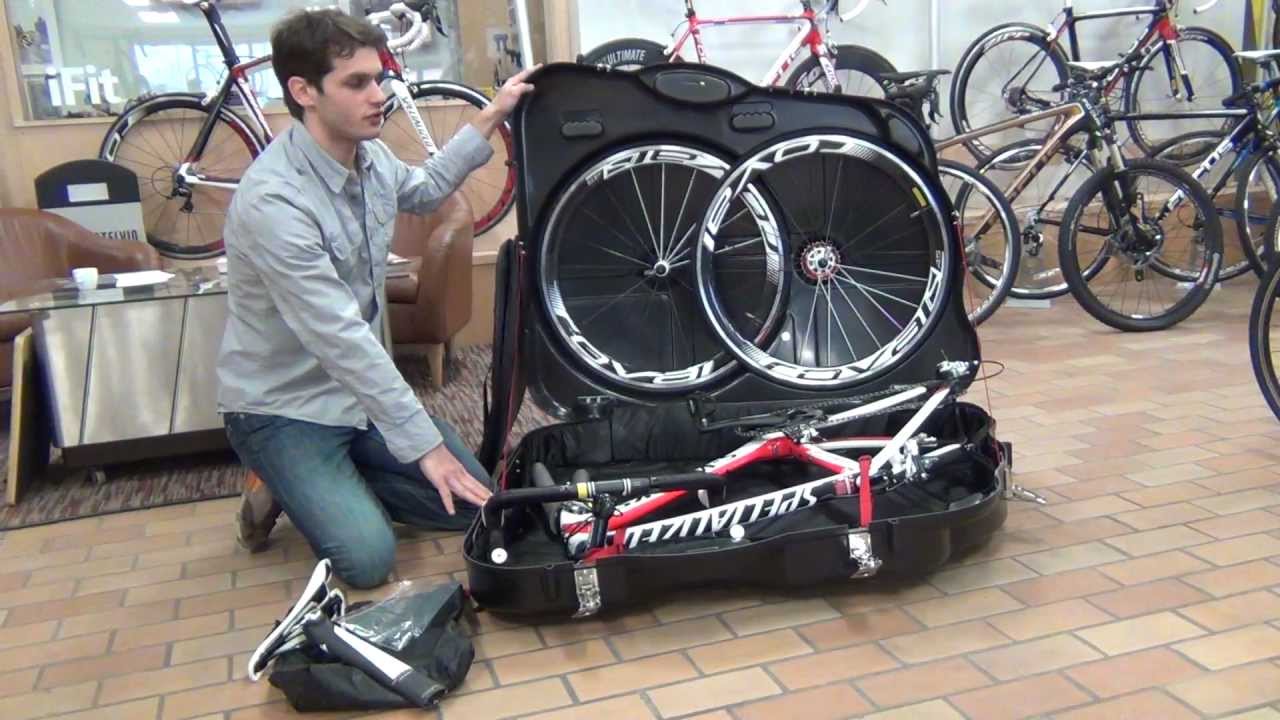 When you fly to a race, there are different ways to transport your bike to your destination. As a personal preference, using some kind of company like TriBike Transport is probably your best option.

I flew to my first full distance race, but I decided I’ll take care of the travel arrangements for my bicycle. I didn’t want to use a transport service because I was going to the area about six days early and I wanted to have my bike to ride beforehand. If I used the transport service, it would have arrived at the race location about two days before the race.

I bought a case from the bike store I worked for part-time. One of our mechanics did a great job packing the bike for me. Luckily, TSA didn’t make a mess of her good work. The bike was supposed to be on the plane with me, but it never made it…and was lost for 24 hours. You get a little nervous, but I figured it’d show up, either that or someone would get a really good deal at the store that sells unclaimed luggage.

I had a local bike shop build the bike the next morning after it arrived. Everything turned out fine in the end. Southwest waived all the bag fees I had and then paid for my bike build & break-down at the local bike store.

The take home lesson here is save yourself the hassle and let someone else do the work. There was a lot of coordination involved in making everything work out. I should note that if Southwest did not do what they did and I didn’t have that employee discount the total would have been around $600 to do this myself. It’s just much easier and cheaper to let someone like TriBike Transport handle it. Plus, you don’t have to suffer a slight anxiety attack from no one knowing the whereabouts of your bike for a day.