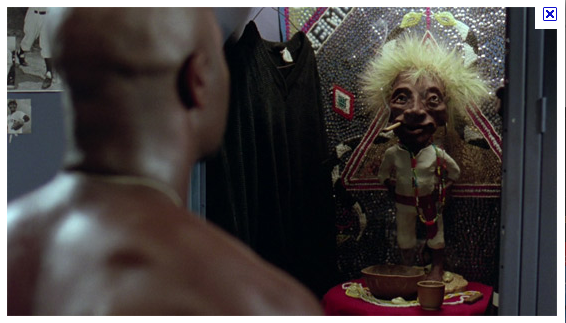 The mental aspect to this sport is just as important, if not more important than the physical work you’ve been putting in. If you’re a superstitious or ritualistic person, you should embrace it and make sure it continues.

I’m definitely one of those people and have been for a long time. If something has been working for me I don’t change it until it stops working. It’s like baseball and winning streaks; you don’t mess with the streak.

Sometimes the belief in the non-athletic things you do is so strong it can throw you off your game that day if it isn’t there. For example, forgetting that lucky pair of socks you’ve worn for every Ironman you’ve done. A detail that small can drive someone insane. I know it sounds silly, but with some people it’s absolutely true.

You may have things you do whether you realize them or not, but it’s all important to your race preparation and the race itself. To give you an idea of superstitions and rituals, I’ll share with you a few of mine.

First of all, clothing is a big thing to me. If I have a bad race in a certain pair of shorts and jersey…I won’t wear them again for a race. I do the same thing with job interviews when it comes to shirts and ties.

Another thing is I wear this one particular type of antiperspirant only during race weekend. It’s one of the psychological things I do. It helps me distinguish race time from any other time just by the smell.  I classically conditioned myself to get in the zone (think Pavlov’s dog).

When I was 18 years old, my family went on a trip to Hawaii for Christmas. We picked up some tikis while we were there. I don’t know if you’re familiar with the movie Major League from the late ’80s, but I like to think of my tiki as something like Pedro Cerrano’s Voodoo statue “Jobu.” I offer him booze in hopes for a good race and maybe one day a trip back to Hawaii.

So I encourage you to embrace your rituals and superstitions. They may not actually make you a better triathlete, but if you think they do that’s all that matters.